Home/Survival/RX for Optimism
Previous Next 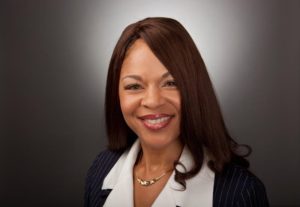 Her name is Yvonne Springs.

Born in Sharon, MS, great grandchild of slaves, married at 15, and had her first child at 16. She was a high school drop-out because family came first.

She endured repeated domestic violence, but for fear of the lives of her children she didn’t run, until they were safely tucked away. By 26, she had four children and had remarried. Although her life was ahead of her, she was living for her children. Wanting to set an example for her 2 daughters and 2 sons she would not allow other societal role models to set the paths for her children.

She repurposed her life.

Five years after her last child was born, she received her GED and scored within the top 5% of all people who had ever taken the test since it started; received straight “A’s” in all of her classes leading to an associate’s degree, and went on to become one of the United States Equal Employment Opportunity Commission’s leading systemic investigators.

Yvonne decided to live in her own power. I was fascinated by her tenacity and incentivized by her actions for two reasons. First, I too have 2 daughters and was a single parent after a failed marriage. None of us want our children to view our life as a failure. You’re not a failure because you try something and it doesn’t work out, you fail only when you stop trying. Secondly, Yvonne is my mom. She died while I was going through chemo and I truly believe that if I don’t give life my all, she will rise up, come find me, and knock some sense into me!

“No one can go back and start a new beginning, but anyone can start today and make a new ending” (Unknown). In other words, we don’t start over; but we begin again right where we are, with the opportunity to make things better in our lives.

About the Author: Sheri Prentiss